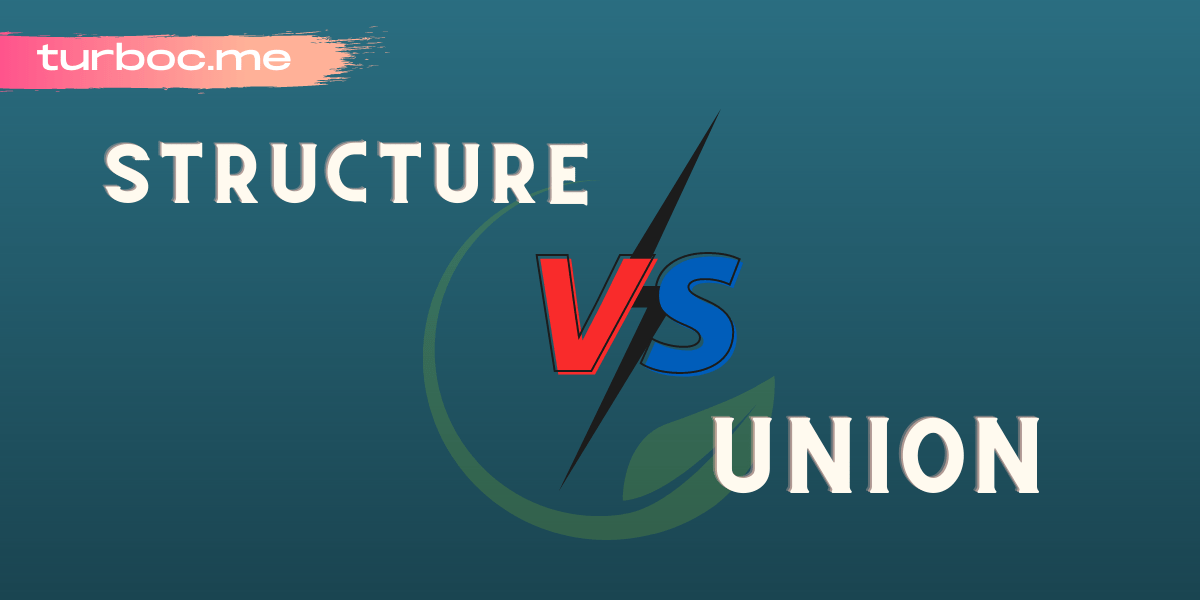 In most of the programming languages like C and C++, structure and union are user-defined data types used to create a set of desired results. Let us understand the difference between these two in this article clearly.

The variables in a structure are called its members. To declare a structure, the keyword struct is used before the name of the structure. This informs the compiler that a structure has been created.

This is how the variables of student type are created. To add data in these variables we use the dot(.) operator.

Here is a code for a better understanding:

In the above case, we enter all the values, and the output gives the result of each value being accessed at the same time. Thus, a student data type is created that can help us to store the records of various students.

A union is also a user-defined data type that is used to store the information. However, in a union, the memory is allotted only once, and therefore, all the members of a union store the same value.

The declaration of a union and a structure are the same. The only difference is that of a keyword. A union is preceded by the keyword union.

This is how the variables of student type are created. Like a structure, the accessing of data is done with the help of the dot(.) operator. However, in a union, the one-time initialization of data is not possible.

Here is a sample code: