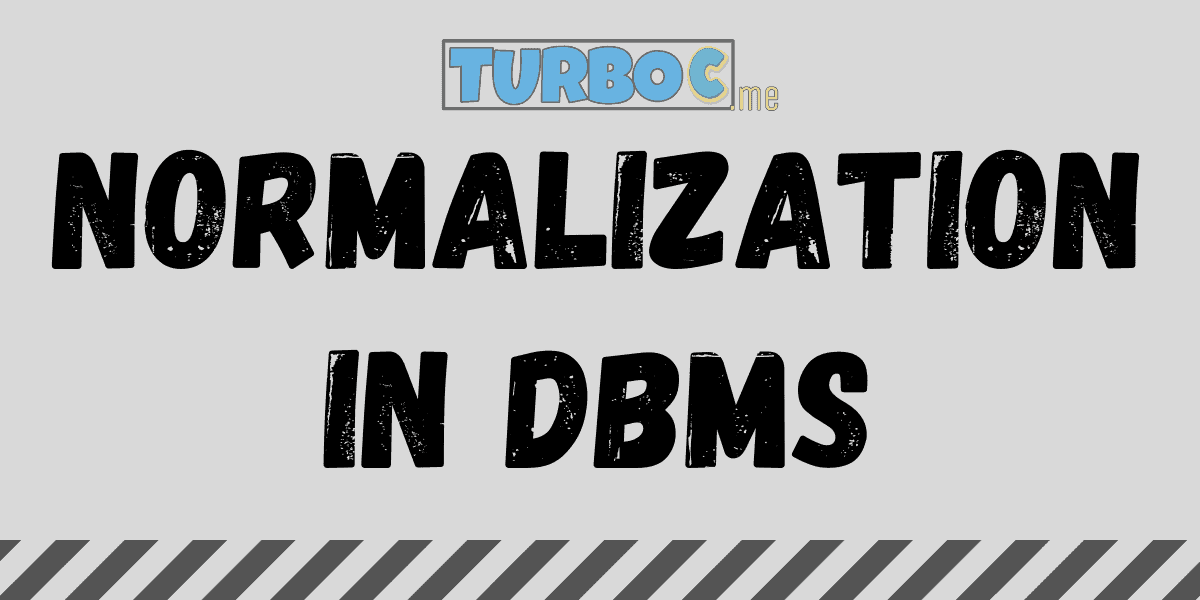 Normalization in DBMS is a database design approach that avoids undesired characteristics such as Insertion, Update, and Deletion Anomalies by reducing data redundancy. Normalization rules break bigger tables into smaller tables and use relationships to connect them. The goal of SQL normalization is to reduce duplicate (repetitive) data and ensure logical data storage.

Data that is redundant costs disc space and causes maintenance issues. If data to be altered is in more than one location, then the data must be modified in the same way in each location. If data is only stored in the Customers table and nowhere else in the database, changing a customer’s address is significantly easier.

With the introduction of the First Normal Form in normalization in DBMS, the architect of the relational model, Edgar Codd, presented the idea of data normalization, which he continued to enhance with the Second and Third Normal Forms. Later, he collaborated with Raymond F. Boyce to establish the Boyce-Codd Normal Form theory.

Importance of Data Normalization in DBMS:

Here are three reasons why Need for normalization in DBMS

One of the most significant benefits of normalization in DBMS is your data is the reduction of duplicates in your database. It will be easier to discover duplicates if you normalize your data before comparing and combining them.

normalization in DBMS also aids your marketing team in segmenting leads, especially by job title. Job titles vary widely between firms and industries, making it practically hard to link a specific job title to anything useful for lead segmentation or scoring.

When it comes to evaluating data, databases that aren’t standardized or well-maintained can cause enormous issues. Your data will be substantially easier to sort through if you normalize it and use a single organizational approach with proper capitalization.

Forms of Normalization in DBMS with Examples:

There are several “Normal” database forms in normalization in DBMS. Each normal form has a value that aids in database optimization by reducing redundancies and saving storage.

If a relation is in 1NF and every non-key attribute is completely dependent on each potential key of the relation, it is in 2NF.

If every determinant is a candidate key, the relation is in Boyce-Codd Normal Form (BCNF).

The distinction between 3NF and BCNF is that 3NF supports a functional dependency A B in a relation if B is a primary-key attribute and A is not a candidate key, but BCNF does not. BCNF, on the other hand, mandates that A must be a candidate key in order for this reliance to continue in a relationship.

The many types of database normalization are useful when creating a database’s schema to avoid data replication, which can lead to discrepancies. We should always consider how we may use these forms when building the schema for applications.

Is it necessary to normalize your databases?

It depends on the circumstances, but the most sensible suggestion is “if you can, do it.”

Why do we use normalization in SQL?

The goal of database normalization is to streamline data by removing unnecessary information.

Why normalization is bad?

Normalization minimizes overall complexity and can speed up querying. Too much normalization, on the other hand, can be equally harmful, as it comes with its own set of issues.