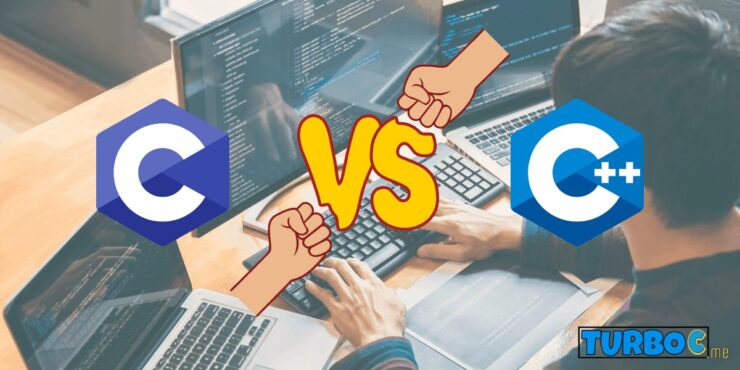 C and C++ are programming languages, but we often hear their names together, so what is the difference between the two of them? C++ has been derived as a more efficient version of the C language.

The major difference between the two is that C is a procedural language, whereas C++ is an object-oriented language. In simpler terms, this means that C does not support the concept of classes & objects. But C++ does support object-oriented features like classes, inheritance, abstraction, and many more.

C language was developed by Dennis Ritchie in 1969 and released in 1972. It is a procedural programming language and does not follow the OOPs concepts like inheritance, polymorphism, or encapsulation.

C++ was developed by Bjarne Stroustrup in 1979 and made its first appearance in 1985. C++ supports both procedural and object-oriented concepts of programming. Therefore, it supports inheritance, polymorphism, and encapsulation.

Difference Between C And C++

Both of C & C++ languages are among the two most basic languages for programming. Hence, it is a great time to brush up on your C and C++ skills or start developing them, if you haven’t already.