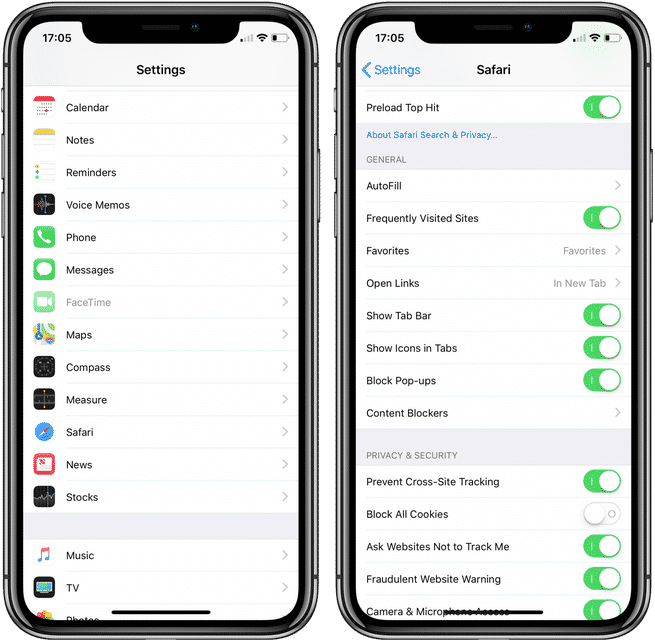 Favicons have been a part of the browsing experience for more than a decade now. They’re those little icons for the website you’re visiting. You’ll find them in the tab bar up top. If you use Chrome on your Mac, Favicons is how you tell which site you’re on. While browsers like Chrome and Firefox embrace Favicons, Safari doesn’t. Safari on macOS has a property implementation of favicons while iOS lacked support altogether.

In iOS 12, favicons are finally supported in Safari! But you have to turn them on first. The feature is most useful for those who use the iPad or an Plus-sized iPhone, which show browser tabs in a single window, but you’ll see Favicons on your website “cards” in portrait orientation on an iPhone, too.

It’s one of the new hidden features in iOS 12 and isn’t turned on by default, but if you flick a switch, you’ll instantly see favicons in the tab bar. And they’re the real, high-quality favicons, not the proprietary implementation that macOS had previously.

Turn On Favicons in iOS 12

Step 1: After upgrading to iOS 12, open the Settings app.

Step 3: Tap on the toggle next to Show Icons in Tabs.

That it. Now go to Safari, tap on the Tabs button and you’ll see favicons in the left corner of the title bar.

>>> See More : How To Lock iPhone Without Pressing Power Button