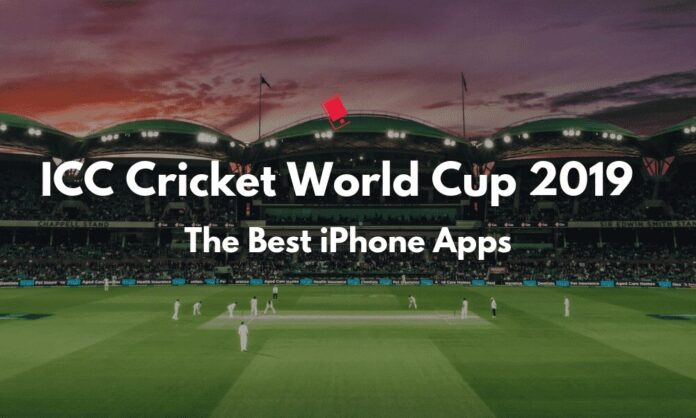 World cup season is just around the corner. On 30th May, ICC will begin its 2019 Cricket World Cup tournament. It’s a huge spectacle with a worldwide audience. Are you ready for a month and half of the cricket fever? What if you can’t watch every match from the comfort of your couch? What if life gets in the way? Don’t worry. Use the following best iPhone apps for ICC Cricket World Cup 2019 to stay updated with scores, talk to other cricket fans, watch matches live on your iPhone and even create your own fantasy league.

ICC’s official World Cup app is quite good. It’s a well designed, polished app that serves as a watching companion. The app brings you the latest news, in-game clips, highlights, exclusive stories and of course live scores. If you turn on the notifications, you’ll get over-the-air updates for the latest developments both in the matches and for the tournament in general. There’s also a quiz section where you can flex your cricket muscles and test your knowledge.

ESPN Cricinfo is similar to Crickbuzz in the way that it offers a one-stop shop for cricket fans. It’s a specialized app from the ESPN company that’s dedicated to just cricket. It gives you fast score updates and live commentary, you can follow teams, view schedules, get notifications and a lot more.

If you’re in India, Cricbuzz is the best way to stay updated on the world cup. In fact, it’s the go-to app and websites for cricket fans. The app does everything that you’d expect from a cricket companion app. It’s also the first major app that works great on both iPhone and iPad. You can see the schedule of the game, get live cricket scores as notification, see results, highlights and much more.

But there are two features that make Cricbuzz a real stand out. First is that you get ball-by-ball text commentary that helps you visualize the action as it is unfolding on the cricket grounds. Cricbuzz has the best text commentary in the business. Not only is it insightful, but it’s also fast. So if you’re in an environment where you can’t watch or listen, this is the best way to stay updated, minute-by-minute.

The second is their commentary. In English and in other regional languages. If you’re busy doing chores but you can listen to something, just put on the audio commentary. It harkens back to the days of following a match on the radio. It will remind you of the time with your father or grandfather.

If you’re not aware, fantasy cricket game is an online game where a virtual team of real players is created. And the outcome of the virtual match depends on how the players perform in the real-life match. At the end of the tournament, the user with maximum points and at the top of the leaderboard wins a huge cash price.

But Dream11 is quite fun just to play for the sake of it. It makes for an entertaining time-pass during the heated cricket season.

Hostar is the best way to watch ICC Cricket World Cup 2019 on your iPhone if you’re in the supported territory. The app, which is owned by the Star network, will broadcast the match for free across the following countries: India, Nepal, Sri Lanka, Maldives, Bhutan, Bangladesh, United States of America, Puerto Rico, Guam, Northern Mariana Islands, the U.S. Virgin Islands, and American Samoa.

Sadly, Hotstar seems to be blocking VPNs so if you want to watch the match using Hostar, you’ll have to use your laptop and the Hotstar website.