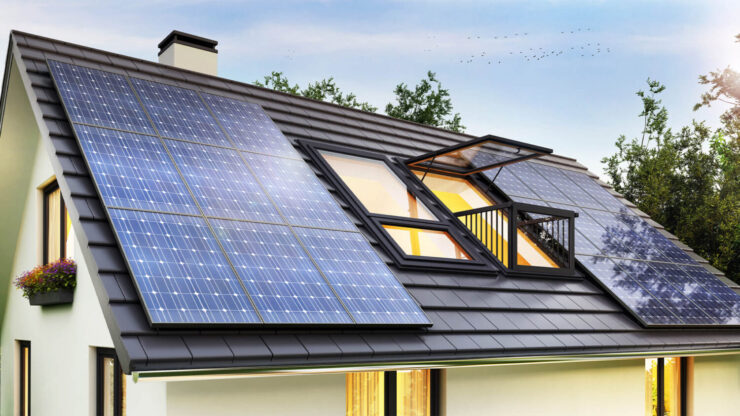 As we have the ability to absorb sunlight and convert it to electricity through solar panels, it makes you wonder why more homes in the United States are not fitted with these panels. Wouldn’t it make sense for all homes to have a home solar panels system? It would reduce our dependency on the fossil fuels that are so harmful for the environment. Well, according to the experts at Vivint Solar, there are many reasons why these are not everywhere you look.

What Prevents Some People from Utilizing Solar Power? While solar power is a terrific way to reduce one’s dependency on the grid and reduce energy bills, the high initial cost means that not everyone can afford to install such a system in their homes. Solar panels can cost upwards of $15,000, depending on the size of the system, which is beyond the budgets of many Americans. Even if some companies are providing payment plans, the cost of interest could dwarf any savings on energy bills.

Another reason why solar panels are not on all homes in the U.S. is the fact that many homes just do not have the available roof or ground space to house a full system. The average American home uses 10,632 kWh (kilowatt hours) per year, according to the United States Energy Information Administration (EIA). That equates to around 886 kWh per month, for which a home would need around 20 solar panels to generate enough electricity to power its electrical devices and appliances. That size of system would require approximately 2,000 sq feet of roof or ground space; not all homes have this. Those who live in apartment blocks like apartments near Las Vegasfor example would never be in a position to harness solar power.

Solar panels need more than just space though to be effective. The aspect of the roof is also important as solar panels work best when facing the sun. This means that roofs facing predominantly north are generally unsuitable for such systems.

What are the Pros and Cons of Solar Power

If your home is suitable for solar power, you might be wondering whether the initial investment is worth it. After all, shelling out tens of thousands of dollars is not something you should take lightly. Nevertheless, there are many good reasons for going solar.

If your home can be powered by solar energy, you will be greatly reducing your carbon footprint. Your dependency on the grid will drop dramatically and, if you install a storage battery as part of your system, you will not have to worry about power outages as you will still have power should the grid go down.

Those with solar power can often manage to power their home throughout the day, and then some. When conditions are right, the system will be generating more electricity than their home needs. This surplus power can be sent back to the grid to be offset against their energy bill by the utility company, or it can be stored on a backup battery for use in the home when the solar panels are not generating electricity. With the right system, homeowners can effectively get ‘free’ electricity.

Due to the savings that can be made on energy bills, a solar panel system will likely pay for itself over time. Most people will see a return on their investment after around 15 years, but for some that could be sooner.

For those who want to do more to help the environment, solar panels are a wonderful choice. These systems provide a renewable source of clean energy, and the more people who use it the less fossil fuels we will use, and the fewer greenhouse gases will be emitted.

The great thing about these systems is the fact that it is incredibly low maintenance. Provided you choose a reputable installer, your system will only require a clean once or twice per year and an annual service. Apart from that, you can leave your solar panels alone and just let them get on with the job of powering your home in a sustainable manner.

Of course, not everything about solar panels is perfect. While they do provide a renewable source of energy and can help to reduce carbon emissions and energy bills, there are some downsides too. For starters, they do not produce any energy at night, and on very overcast daysthe production can be cut dramatically. This means that in some parts of the United States, particularly in northern areas, solar panels might not be the best idea.

Furthermore, while some people like the idea of having solar panels on their roofs, others are put off and find them ugly. So, should you go to sell your home in a few years, you might find that instead of adding value to it, for some people they detract from the value.

The high up-front cost is perhaps the biggest disadvantage of solar panels and is one of the main reasons more people don’t have them. As mentioned above, the cost of such system is beyond the reach of many Americans who cannot justify spending this amount of money, even if they will get a return on investment after a number of years.

It is understandable to wonder why more homes don’t have solar panels, especially because of the many advantages that come with them. But the fact that solar energy requires homes to have roofs that do not face north means that panels are unsuitable for many.

So, while there are those who would love to reduce their dependency on the grid and utilize a renewable source of clean energy, solar panels are simply not suitable for all homes. Not everyone has the space they would need to accommodate a solar panel system either. The average American home requires around 2,000 sq feet of roof or ground space to accommodate the size of solar panel system they would need; unfortunately, this is not always available.