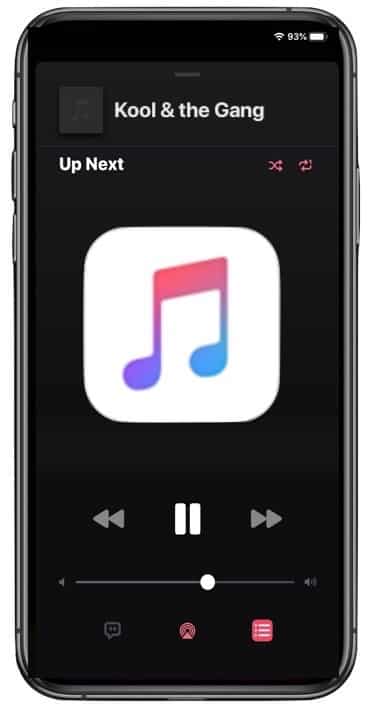 Wondering how to Shuffle music in the iOS 13 Music app on iPhone, iPod touch, or iPad? You might not be alone, because the Shuffle function has been relocated in the new Music app. Here’s how to do it.

– Step 1. Open the Music app on iPhone or iPad and either play a song, album, or go to a playlist

– Step 2. Tap the “Now Playing” section at the bottom of Music app screen

– Step 3. Tap on the button that looks like three lines

– Step 4. Tap on the “Shuffle” button near the “Up Next” label, it looks like two arrows that are intersecting one another

You can access the Shuffle button from anywhere that’s playing music, whether it’s an individual song, an album, or a playlist.

So if you thought the Shuffle button was removed in Music app of iOS 13 and iPadOS 13, think again, it has simply moved to a new location! And once you learn how to access it, it’s easy as ever.