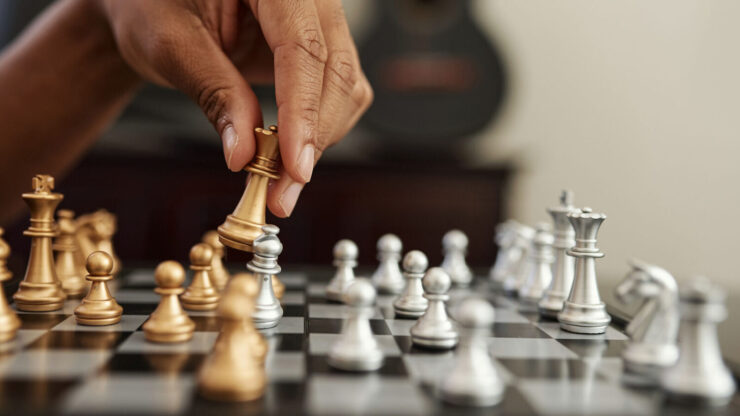 Chess stands at the top when talking about the list of the most popular board games. According to an article posted on Chess, chess is one of the oldest board games. The turn-based strategy board game tests the skill of players. A chess game is played between two players on a specialty-designed board of 64 squares. Chess is played extensively in different parts of the world for numerous reasons. For starters, the game is highly portable, i.e., all players need to play chess is a chess board and a set of chess pieces. Besides this, the game is conveniently accessible to almost every individual, mainly because many online chess applications and platforms allow players to indulge in virtual chess matches from anywhere.

A player’s luck does not contribute to a chess match’s outcome in any way, and thus, players who wish to become pros at the board game must know all about the game’s ins and outs before they start playing. For starters, they must know all about the rules and regulations. Moreover, they should know about fundamental tips and tricks related to the game. For instance, players should know how to control the center, protect the King, play sensibly to lose fewer pieces, etc. Individuals who wish to learn more about the game can click here.

One of the most important aspects of chess is its pieces. The popular board game is played using numerous pieces, each of which moves in a certain way and has a specific value. This article will shed light on different chess pieces and highlight their moves and value. Let us get started:

Every chess game begins with eight pawns on each side. The black-colored pawns are located in the seventh rank, whereas the white-colored pawns are situated in the second rank. When it comes to value or power, the pawn is the least powerful piece. If a player moves a pawn as their first move, the chess piece can move forward one or two squares. If it has already moved once, a pawn piece can only move forward a single square. The chess piece captures each square diagonally (either to the left or right side). Chess players usually start their game off by moving their pawn pieces.

As opposed to pawns, each side of a chess game features two bishops, i.e., white-colored and black-colored ones. At the beginning of a chess game, white-colored bishops are located in the c1 and f1 positions, whereas the black bishops are present at c8 and f8. Even though it is not as inferior in terms of power and value as pawn pieces, the bishop is still considered a minor piece. However, each bishop piece is worth three points. Chess players can move the bishop diagonally along as many squares as they want, as long as no other pieces of the player block its way. It can capture the enemy’s chess piece by marching into the piece’s occupied square.

Every side begins a chess game with two knights each, namely a king’s knight and a queen’s knight. At the beginning of a chess game, the white knights are located on b1 and 1. On the other hand, black knights are present on the b8 and g8 positions of the chess board. Similar to bishops, knights are also considered to be minor pieces. However, it is the only chess piece that has the power to jump over other chess pieces. Knights move one square left or right horizontally, followed by two squares up or down vertically. It can also move one-two squares left or right in a horizontal way, followed by one square up or down vertically.

In every chess game, there are four rooks (two on each side), one on the queen’s side and the other on the king’s. All rooks are located on different corners of the chessboard. White-colored rooks are placed on a1 and h1, whereas black rooks are located on the a8 and s8 positions. As opposed to the aforementioned chess pieces, rooks are powerful chess pieces that hold the power to move as many squares as they like, left or right, horizontally. However, the only condition is that no other pieces should be present in its pathway.

As the name suggests, the Queen is the most powerful chess piece present on a chessboard. Each side has one queen. The white queen is present on d1, whereas the black queen is on d8. The queen is worth 9 points and holds the power to move as many squares as the player wants. The queen can move left or right horizontally, as well as up or down vertically. Moreover, the powerful chess piece can also move diagonally.

The king is considered one of the most important chess pieces, primarily because the primary aim of a chess game is to checkmate the king. Whenever a king is attacked, it is termed a “check.” Every side has one king. However, even though the king is a powerful piece, it can only capture or move a single square in any direction. Moreover, players should know they cannot capture their opponent’s kings.

Chess is played by millions of people all around the globe, both virtually and physically. Any player who wishes to get started with chess should first get familiar with the chess pieces and their moves & capabilities by referring to the above-mentioned points.